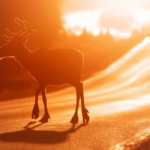 May is a special month at SGI CANADA. We’re telling the story of 1 family, the Unluckys, as they go through a series of unfortunate events at various stages in their lives. Every week, we’ll present a new chapter in the story, showing how insurance was able to help the family overcome the common situations that came their way. 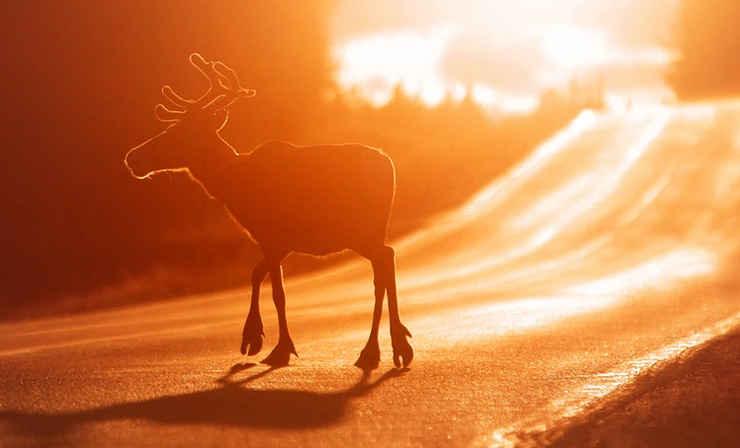 Clark and Ellen Unlucky live in a small community in rural Canada. They’re a hardworking couple, trying to balance work, life and family while saving money for their future. They have good jobs, but like most people, every dollar is important. After the bills are paid there’s not much left over at the end of the month.

When Clark bought his 1st car, he went with the basic plate insurance. He was a great driver and figured he’d be just fine with the low limits. In Clark’s mind, ‘How much insurance did a single guy need anyway?’ Then, a year after his marriage, Clark changed his mind. His new wife, Ellen, was pregnant with their 1st child, and he started worrying about everything that could go wrong on the road. Clark bought a family-sized SUV and called up his insurance broker to get the right insurance coverage for their family.

The broker told Clark that basic plate insurance would take care of collisions or comprehensive losses subject to a $700 deductible per loss and $200,000 liability limit, but an Auto Pak could handle the extra costs that come with a claim, including lower deductibles, higher liability limits, and increased injury coverage. Additional liability insurance can be crucial, especially in at-fault accidents where there are injuries or damage to high-value vehicles or cargo. These benefits could make their lives easier if they had an auto accident.

The broker mentioned that Auto Pak’s Loss of Use Coverage could take care of the costs of renting a comparable temporary vehicle if theirs wasn’t drivable as a result of an auto accident or insurable loss. The broker also recommended adding Recreational Vehicle Coverage to take care of the new camping trailer that Clark had just purchased.

Clark agreed to the increased insurance, which helped him and his wife relax knowing they were protected.

The Unluckys welcomed their daughter, Audrey, in the fall, and then a little boy named Rusty a few years later. Life was busy with 2 young children and they forgot about their Auto Pak. The additional premium was affordable and they didn’t really notice the few extra dollars every month.

Then, when their kids were 10 and 8, they decided to take a family road trip to celebrate the May long weekend. Ellen booked a campsite in Banff National Park and they hitched up their trailer. The family spent an amazing weekend hiking the trails, visiting the town and roasting marshmallows over the fire.

The whole family was sad to pack up on Monday morning. They lingered in the park for awhile before finally deciding to hit the road at 5 p.m.

Traffic was good on the way back through Calgary. There were other campers on the road, but most had left earlier in the day. The kids played on their iPads and Ellen opened her book. Clark turned on his favourite road music and settled in to the drive. After a half hour of driving, he noticed a few deer in the ditch by the side of the road – but didn’t think anything of it.

Suddenly up ahead, Clark spotted a young deer crossing the road. The deer had appeared out of nowhere and Clark realized there was no way to avoid hitting it. He did the only thing he could do, he pulled his foot off the gas and hit the brakes.

As the family screamed, the SUV hit the deer.

In the aftermath, Clark and Ellen made sure their kids were ok and started to assess the damage. It was extensive. The deer was young – not tall enough to puncture the windshield – but the entire front end of the vehicle was crunched, with the fenders crumpled and the hood folded like an accordion. There were multiple punctures in the radiator, causing coolant to leak out on to the highway. Clark knew it would be unsafe to continue driving the vehicle in that condition - especially with the trailer still attached.

Ellen called 9-1-1 and an RCMP officer arrived on the scene. Eventually a tow truck picked up the Unluckys, their SUV and trailer, and took them to Calgary. The Unluckys rented a car for the trip home to Saskatchewan.

Insurance coverage for hitting a deer

On Tuesday morning, Clark called his broker, who told him not to worry, reminding him about the extra coverage he had added on. With an Auto Pak, the deductible was waived for wildlife collisions. He also noted that, since they had Loss of Use Coverage, the Unluckys would be covered for the cost of a car rental for a period of time while they were repairing or replacing their vehicle.

Unfortunately, due to the age of the SUV, the cost to repair it ended up being more than it was worth. The vehicle was considered a write-off, and Clark and Ellen accepted a settlement for its actual cash value a few days later. The trailer was in better shape, and its repairs were covered by the Recreational Vehicle Coverage they had added on. Thanks to their insurance coverage, and the support of their broker, Clark and Ellen were able to recover financially from the accident.

Stay tuned for the next chapter in the story of Clark and Ellen Unlucky – coming May 21.

As many of us know firsthand, life comes with unexpected twists and turns – but fortunately, you don’t have to handle these things alone. SGI CANADA’s insurance coverage can be a safety net for you and your family at every stage of your lives. Your independent insurance broker can help you prepare for the future. Contact them today to protect what matters to you.