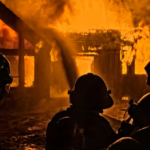 May is a special month at SGI CANADA. We’re telling the story of one family, the Unluckys, as they go through a series of unfortunate events at various stages in their lives. Each week, we’ll present a new chapter in the story, showing how insurance was able to help the family overcome the common problems that came their way.

New to the story? Read Chapter 1 and Chapter 2 now. 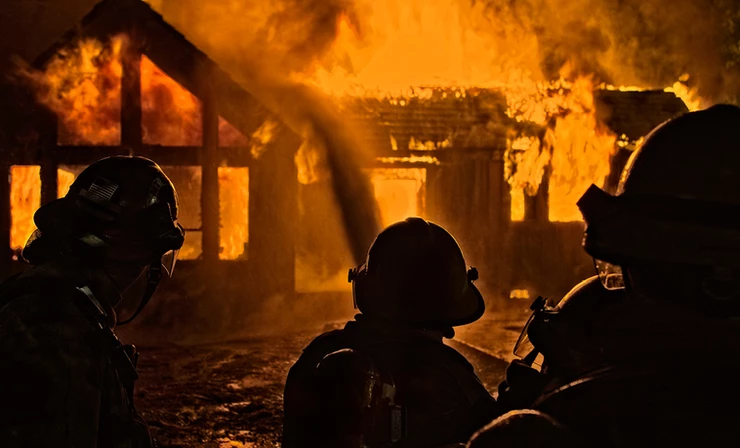 Clark and Ellen Unlucky live with their two kids in a small community in rural Canada. A hardworking couple, they’re trying to balance work, life and family while saving money for their future. They have good jobs, but like most people, every dollar counts.

In Chapter 1, we told you about Clark and Ellen’s second home – a beautiful two-storey with a finished basement and rec room. They purchased the home when the kids were small and loved every bit of it, including the gorgeous yard. When they bought it, they consulted their broker to make sure they had the insurance they needed to keep their home and family safe.

Since the Unluckys’ house was valued at $425,000, the broker suggested an SGI CANADA Home Pak III policy, which offered comprehensive coverage for their home, yard, attached front garage and shed. It included coverage for almost all insurance risks, such as fire, lightning, smoke, windstorms, hail, power surges and more. On their broker’s advice, they also added on Water Protection Coverage, which came in handy as we read in Chapter 1.

The Unluckys hoped they would never have to use their insurance. But like many homeowners, that day came.

As the cool spring weather began to warm up, the Unluckys wanted to celebrate with a barbecue for friends and relatives over May long weekend. The kids were teenagers now and invited some of their friends over, too.

On the day of the barbeque, the family was excited to get outside and get to work. Clark and Rusty went to pick up food, while Ellen and Audrey started to pull the lawn furniture out of storage. It was so dusty that it took a while to clean off the dirt and spider webs from the shed, but when it was all set up, the yard looked amazing.

Ellen loved filling her plant pots with beautiful new flowers this time of year. She pulled out the pots, which still had some dead plant material, potting mix and peat moss in them from the previous year. She couldn’t wait to plant the new seedlings she’d picked up from the greenhouse, but it would have to wait until the next day, as the guests were due to arrive in the afternoon and she just couldn’t get everything done. She set the pots next to the front garage door and continued getting ready for the party.

The Unluckys’ May long weekend barbeque was a huge success, as guests played yard games and enjoyed the warm weather. There were lots of people and personalities, from teenagers to seniors, and everyone had a great time getting to know one another. One of Clark’s aunts was a real character, teasing the kids and telling colourful stories from her younger days. She was also a smoker, and asked if there was an ashtray she could use to butt out her cigarettes. Ellen suggested she go to the front of the house and use one of the flower pots.

Around 10 p.m., the party was winding down and the guests were saying their goodbyes. The family carried the food inside, tidied up the yard and headed to bed.

Around midnight they were startled awake by the loud blaring of their smoke detectors. In a panic, the Unluckys ran outside to see their front attached garage on fire. Unknown to them, the cigarette butt that Clark’s aunt put out in the plant pot continued to smoulder in the highly flammable peat moss and dried plant material. Eventually, it caught on fire and spread to the house.

Clark frantically ran to the neighbour’s to call 9-1-1 as his family looked on in horror. The fire department arrived 15 minutes later. They were able to put it out, and confirmed the cigarette butt in the plant pot was the cause. A firefighter explained that plant pots, old or new, should NEVER be used as an ashtray, because peat moss and other plant material is highly flammable. In fact, they had been at the scene of another house fire a few days earlier that had started the same way.

The fire damage to the garage and smoke damage to the inside of the house was extensive. Scared and distraught, the Unluckys stayed with relatives that night. They felt grateful to escape unharmed but Clark and Ellen lay awake worrying about their home, belongings and the financial impact.

We’re going to be ok

Ellen called their insurance broker first thing in the morning. He told her the clean-up, construction and smoke damage repairs would all be covered by their Home Pak III policy. The fire was devastating, but the Unluckys would be able to recover with their home and belongings back in the same shape as before. Although the family was shaken up, Clark and Ellen felt a sense of relief that everything would be okay.

Stay tuned for the last chapter in the story of Clark and Ellen Unlucky – coming May 28.

As many of us know firsthand, life comes with unexpected twists and turns – but fortunately, you don’t have to handle these things alone. SGI CANADA’s insurance coverage can be a safety net for you and your family at every stage of your lives. Your independent insurance broker can help you prepare for the future. Contact them today to protect what matters to you.